New S-Jam Boxing and Matchroom signing Solomon Dacres is itching to make his professional boxing debut, his original date was scheduled for March 20th but was postponed to a later date.

Sol has sparred great fighters such as Anthony Joshua and Joe Joyce and showed in those spars he's destined for the top. Solomon also had a very successful amateur career in representing Great Britain internationally and winning two bouts in the WSB. Sol Dacres added ' I've never been out the gym and I've been working relentlessly to explode onto the pro scene'

Sol will have debut news to release shortly. 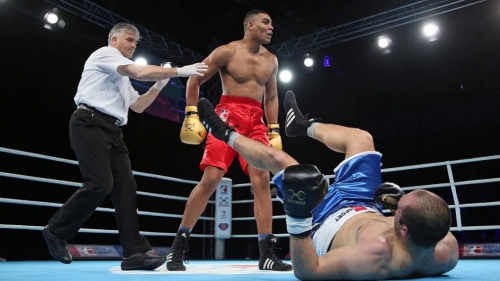