The Gladiator stopped the durable Marlon Williams inside the first round.

NO OVERTIME FOR GUIDO!

Guido Vianello made his return to the ring in style live on ESPN and Sky Sports in the UK with a TKO win inside the first round live from Vegas. The Gladiator dropped and hurt the durable Marlon Williams on his way to his victory.

Guido spent the majority of his camp in London with world class trainer Steve Broughton which proved to be a successful link up going into this bout. The Gladiator showed some flash classy footwork and a strong jab on his return to the squared circle.

Fight news for Guido will be released shortly. 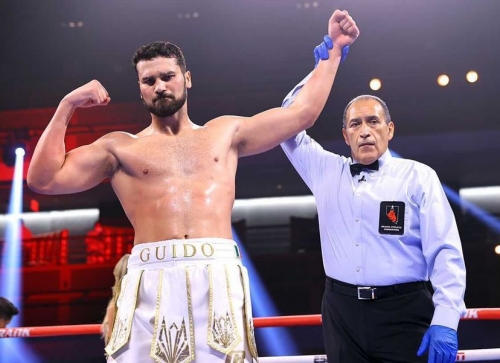