Lerrone Richards put on a career best performance live on Sky Sports and Dazn around the world in a clinical performance over ex world champion Geovanni De Carolis live from Manchester.

Lerrone showed incredible ringcraft and footwork which resulted in a very one sided points victory on all three of the judges scorecards.

The new European champion showed us that he isn't just a very talented boxer that he can also sing too with a little song for his son. We will be seeing Lerrone out again in the near future. 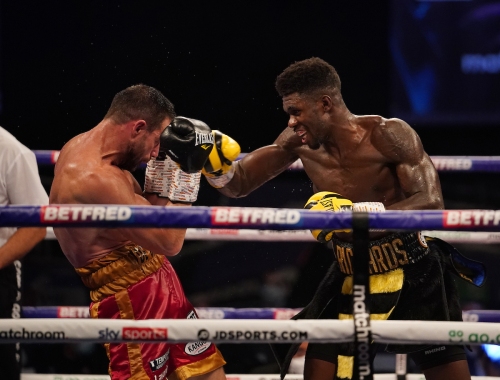