The Juggernaut Joe Joyce returns to action live at Wembley Arena against the tough and all action heavyweight Carlos Takam in his first title defence of his WBC Silver belt and WBO International titles which he acquired in his devastating KO win against Daniel Dubois.

Soon to be WBO mandatory Joyce has shown he fights tough opponents in every fight he has which is a testament to Joe Joyce's ability as a fighter and his mentality.  This fight takes place on the 24th of July live on BT Sports. 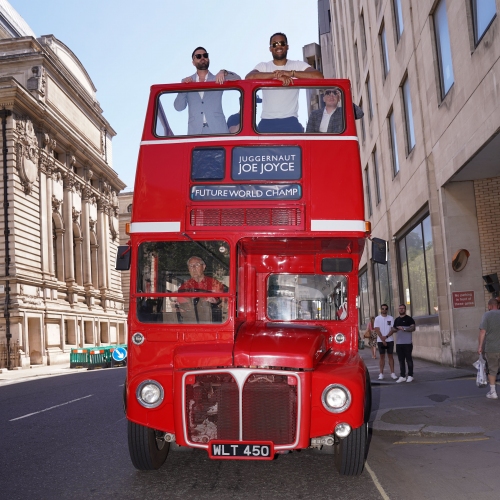