​Joe the Juggernaut Joyce stops Takam the fastest in history.

Joe the Juggernaut Joyce made his return to the ring against world ranked Carlos Takam in a scheduled 12 rounder for the WBC Silver and WBO International titles. Carlos started strong catching Joe with a few looping hooks which didn't seem to bother the Juggernaut too much, furthermore Joe caught Takam with a big left hook which staggered Takam which then allowed Joyce to unload 33 unanswered shots which then allowed Steve Gray to rightfully stop the fight.

Joe Joyce became the fastest person to stop Takam in history which in its own right shows he is aiming for the top. We can expect news on Joes next bout very soon. 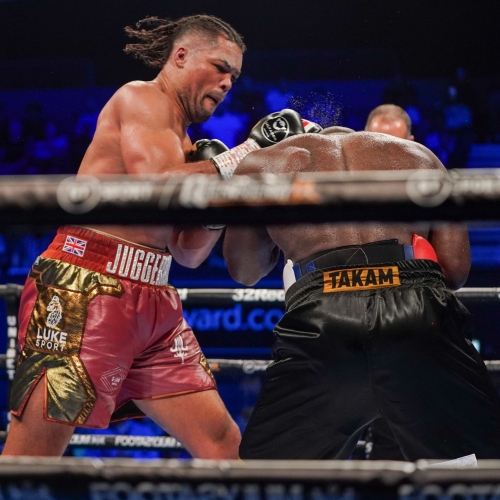