The Albanian King stops Charlton in the eighth round.

Florian Marku got his 2021 off to a great start by stopping the tough and game Rylan Charlton within eight rounds.
Fighting on sky sports in his second bout under new promotional deal with Matchroom Boxing, Florian put on his best boxing display so far which sets up an exciting 2021 for the 28 year old welterweight.

After the fight Florian made the boxing world know that he wanted to fight fellow Matchroom Boxing welterweight Conor Benn. 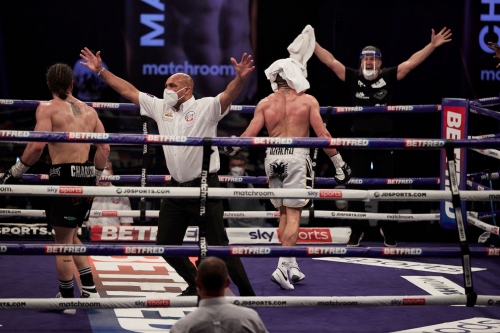