ANOTHER KO FOR THE ROMFORD BULL

Johnny Fisher KO's Danny Whittaker inside two rounds. Danny is a good heavyweight with a winning record in which was the first opponent of Johnny's that had that which presented a new test for the Romford Bull in which he put in a career best performance.

This was Eddie Hearn's second Matchroom Fight Camp show which was headlined by Kid Galahad v Jazza Dickens for the IBF World title.  News will be released shortly on Johnny's fourth professional bout. 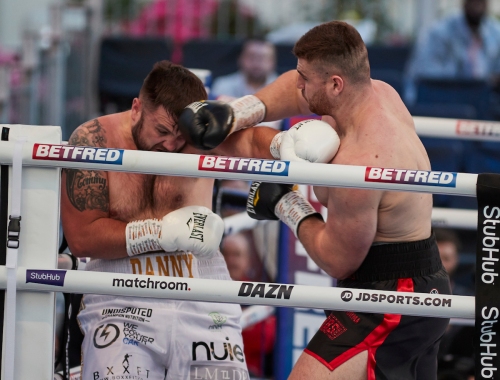